Showing posts from August, 2012
Show All

Robots may be the handymen of future space missions, according to researchers at MIT. Instead of sending astronauts out to examine and repair broken satellites and spacecraft, robots may be dispatched as intelligent fix-it swarms, communicating with each other as they circle and inspect a target.  Although such a scenario is years down the road, researchers in MIT’s Space Systems Laboratory (SSL) are developing software that may eventually control such robotic inspectors in space. The group has been testing algorithms on robotic platforms called SPHERES, volleyball-sized droids built at MIT, which are now onboard the International Space Station (ISS). In the microgravity environment aboard the ISS, the robots hover in midair, much like they would in outer space. Researchers have been programming the robots to cooperate with each other as they explore and inspect their environment.  In the next few months, SPHERES (which stands for Synchronized Position Hold, Engage, Reorie
1 comment
Read more 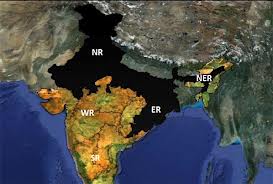 It is possible for an adversary or a group of hackers to cripple India's power grids through a cyber-attack, although this is an unlikely reason for the recent power outages that crippled much of north, east and north-eastern India.  Since the first power trip up on Monday, there have been discussions within the security establishment about the possibility of entities trying to carry out a sophisticated cyber-attack to cripple the grids.  Officials who carried out an audit of critical information infrastructure admit it is "theoretically possible" to cripple India's power grids through a cyber-attack.  Despite such a possibility, the shutdown did not seem to have led to a crisis management procedure that aimed at ruling out or confirming a cyber-attack.  "Given the fact that our grids are vulnerable to a cyber-attack, those responsible for managing grids should have a proactive policy to rule out cyber-attack as part of their crisis management procedures,&quo
1 comment
Read more
More posts