Showing posts from August, 2015
Show All

How to hack Windows 10 password in less than 5 minutes 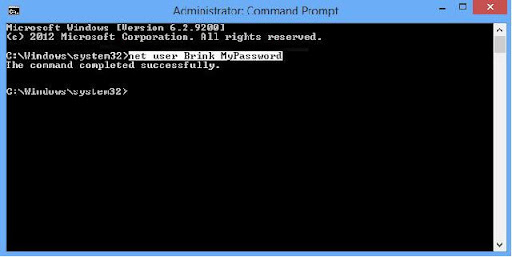 Encrypting your sensitive data is important. As you may know, CIA... C onfidentiality I ntegrity A vailability ...are the essential elements of Information Security. There are a number of tools and methods available out there, but not all encryption tools are same. VeraCrypt , a TrueCrypt alternative, is an open source file encryption software designed to protect your online privacy. VeraCrypt enters the market within months after  TrueCrypt died , almost similar to it, but with enhancements to further secure your data. A week ago, latest version VeraCrypt 1.12 released with a new feature called PIM, which stands for " Personal Iterations Multiplier ".PIM (Personal Iterations Multiplier) is a new parameter introduced in  VeraCrypt 1.12  to secure your data. Your Password is being used to mount the encrypted container or partition, whereas… PIM value will decide the number of iterations, or in simple term, the speed of the mounting and boot
Post a Comment
Read more

Millions of Android devices could be hacked exploiting a plugin that comes pre-installed on your Android devices by the manufacturers. Most of the  Android device  manufacturers pre-install ‘ Remote Support Tool (mRST) ’ plugin onto their phones that are intended to help users, such as  RSupport  or  TeamViewer . But, a critical  Certifi-Gate security vulnerability  in this mRTS plugin allows malicious applications to gain illegitimate privileged access rights, even if your device is not rooted. "Certifi-Gate" Android security vulnerability According to Israeli researchers at Check Point, Ohad Bobrov and Avi Bashan, Certifi-Gate Android vulnerability lies in the way Google’s partners (manufacturers) use certificates to sign remote support tools. Remote support tools often have root level access to Android devices, even if your device is not rooted. Thus any installed app can use Certifi-Gate vulnerability to gain unrestricted device access, inc
Post a Comment
Read more

Earlier this week,  Mozilla  Security researcher   Cody Crews   discovered a malicious advertisement on a Russian news site that steals local files from a system and upload them to a Ukrainian server without the user ever knowing. The malicious advertisement was exploiting a serious vulnerability in Firefox's PDF Viewer and the JavaScript context in order to inject a script capable of searching  sensitive files on user's local file systems . Mozilla versions of Firefox that do not contain the PDF Viewer, such as Firefox for Android, are not affected by the " Same origin violation and local file stealing via PDF reader " vulnerability. The exploit does not execute any arbitrary code but injects a JavaScript payload into the local file context, allowing the script to search for and upload potentially user’s sensitive local files. All an attacker need to do is load the page with this exploit and sit back and relax. The exploit will silently stea
Post a Comment
Read more