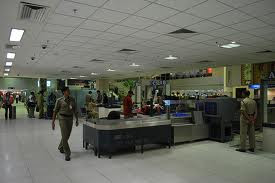 In this wired era, hell hath no fury like techies scorned. The Indira Gandhi Inter-national Airport (IGIA) found it out the hard way on June 29 when its advanced passenger check-in services were crippled and flights delayed.
Denied higher wages, three software engineers in
Bangalore including a woman used logic bombing, a cyber attack technique, to disable the Common Use Passengers Processing System (CUPPS) they had helped install at Terminal 3 of the IGIA.
The three have now landed in the Central Bureau of Investigation (CBI) net.
A CBI official who did not want to be named said the agency’s sleuths from Bangalore and Delhi had raided the houses of the techies in Bangalore and arrested them on November 16.
The official, however, did not disclose the names of the accused and the IT firm/firms they are (or were) associated with. The three were taken to the CBI office in Delhi and later released on conditional bail after furnishing personal bonds.
According to the official, the accused had demanded higher salaries from their company, which, they claimed, had outsourced their efficiency for the CUPPS at the IGIA.
When their demand was not met, they hacked the CUPPS with a logic bomb, setting a time to stop the system from functioning.
Following the attack, passengers had to be manually checked-in. This affected check-in counters, boarding gates as well as information about the arrival and departure times. About 50 flights were delayed due to the domino effect of the cyber attack.
The Airports Authority of India had lodged a complaint against the GMR Group, which had installed the CUPPS at the IGIA, with the police after the system’s failure. The CBI, subsequently, entered the picture. According to a CBI source, the GMR group said the ARINC and the Wipro IT companies in Bangalore Electronic City had assisted it in installing the software of the CUPPS project.
The CBI had registered a case under the IT Act, 2008. Attempts to reach the three companies for comment failed.
Cyber Crime Hacking Hacking News IGIA Hacked News