Windows Phone 7 is Better Than Android

By Unknown - January 31, 2012
Market share of  Android phone is increasing at a rapid rate but there are some bottlenecks where Android lags behind as compared with  Windows Phone 7 Series . Having worked on these phones and having a strict watch at internet, i found Windows Phone 7 a  great mobile platform. Regardless of the numbers, WP7 is one of the favorite mobile platforms, outshining Android in almost every aspect. Don’t believe me? Well, allow me to try and change your mind. Have a look at some reasons why Windows Phone 7 is better than Android. 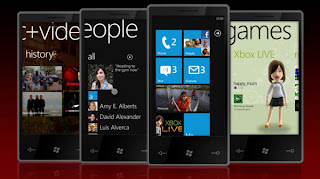 Android’s are different depending on the SKU of the handset. In other words, the UI you’ll be dealing with when using, say, a Motorola handset, will be radically different than one from Samsung or HTC. The ambiguity can be disconcerting. With WP7, you know what kind of interface you’re going to be working with, regardless of the handset manufacturer. We’d imagine that an un-tweaked user interface would also make lives easier for developers, as well. We love some Android user interfaces, but loathe others. With WP7, at least you know what user interface to expect, regardless of the handset maker. Speaking of which…

WP7 Has An Easier-To-Use Interface

It really does. And look, we get it. An Android is a power user’s phone, and we know that if you’re really looking for power-use, you’ve got to be willing to learn some things. But we’re the geeky minority here, and you’ve got to keep in mind that most people are looking for a phone that makes it easiest to do their day-to-day tasks. Keeping that in mind, WP7’s “tile” system is simply easier to organize and find the things you need to throughout the day. It looks cooler too; way cooler, actually.

WP7 Has Apps That Aren’t Crap

Open-source is good, and it’s a compelling reason to support Android as a mobile platform, but let’s face it: You’ve got to sift through some real $#@t in the Android Marketplace to find apps that are worth downloading, much less buying. Most people fail to realize that the Windows Mobile SDK has been around for quite some time now, and it shows in the Marketplace, especially on the gaming side of the spectrum. Many of the games we played featured awesome 3D graphics and a level of polish simply not(yet)-to-be-found in the Android hemisphere. Microsoft has a far stricter criteria set than Google about which apps and games can populate their respective marketplace. Oh, and now that we’re on the topic of gaming…

If you’re achievement junkies like we are (you know who you are), then a WP7 handset is a must-have. Have a game on Xbox or PC that you love playing? Pop over to the Windows app store; chances are there’s a mobile version of that same game, where you can continue earning points and unlocking achievements with your handset. You can also keep tabs on your buddies’ achievements, and tweak and enhance your Xbox Live avatar. Granted, this integration is still in an infancy stage, but we’d be willing to bet that we’ll be seeing deeper and more intuitive connections between gaming and phones in the near-future. Forward progress is good progress.

We were actually blown away by how deep this rabbit-hole goes. Microsoft Word Mobile Edition, by way of an example, is actually a very intuitive little program, allowing you remote access documents using SharePoint Server 2010, you can use the “find” tool to look for particular words or phrases, and you can even email documents directly from the program. 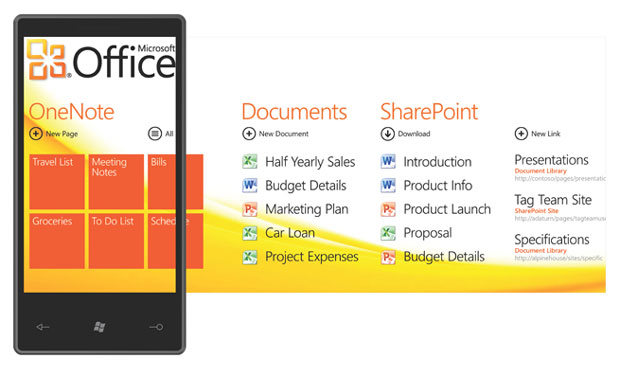 We’ve had the pleasure of testing some Android phones that can dock with workstations to function as a laptop; imagine how crazy it would be if Windows launched a similar product with a full-fledged Office Suite. That’d be one step closer to a true fusion between phones and computers, and we’re all for that.

Whether targeting HTC a year ago or Motorola last fall or even Samsung (which is remarkable seeing how they are a flat out key supplier of Apple’s hardware components) just a few days ago, Apple has been regularly suing the hell out of Android handset makers; mostly in regards to hardware and software patents. So why is Apple seemingly ignoring WP7 in the courts? Well, there could be numerous reasons: Optimistically, it could be because the software and hardware developments on WP7 are truly original and innovative, meaning Apple can’t accuse Microsoft of lifting their ideas. A more realistic reasoning? Apple doesn’t see WP7 as that big of a threat…yet.

This is speaking from personal experience with various handsets across both platforms, but to put it simply, WP7 has just been a more stable experience. Apps like Facebook and Netflix simply run the way they were meant to with far less of the hiccups and crashes found on the Android platform. This runs parallel with the overall theme behind WP7 mobile devices: Simplicity. Granted, WP7 had to forgo some of the more complex actions Androids are capable of (i.e. lack of tethering support, lack of ability to capture screenshots, no multi-tasking), but to us, that’s a worthy trade for a phone that will do what you want it do, every step of the way.


Zune is a Native Client, and it’s Not Pay-Per-Song

We like Zune as a service—you pay a monthly fee and can download as many songs as you want, as opposed to being pigeonholed into paying per song, like with Apple and Android. Also, we really enjoy the fact that Zune is a native client that comes fresh out-the-box with WP7—setting up music services on an Android involves downloading various apps (like Google Music, which then has to synch to your Google Wallet, which then has to synch to your Google Music Server, which then needs a Gauntlet from Moredore to unlock your songs, which then needs…well, you get the point) that is just sort of a hassle, and glitchy to boot. Again, simplicity reigns supreme.

All right, we’re getting down to the nitty-gritty, and this is a minor nit to pick, but for the most part (with the exception of the Android Sprint Galaxy, which actually featured a physical slide-out QWERTY keyboard), Windows Phone 7 had a snappier, and more importantly, a more consistent keyboard that was snappy and accurate, regardless of the device. And, though Droid offered a few keyboard-contenders with the Galaxy S2 and the Incredible, others were really bad, (ahem, Droid X2, cough).

That’s right, there is nary a pop up ad to be found, whether you’re in the Windows Marketplace, or playing a game. There is nothing more irritating when using an Android that having to manually close pop-up adds, many of which appear mid game. There are, indeed, advantages to more stringent app restrictions, and WP7 seems to have found a perfect balance.