By Arsh Chaggar - July 19, 2013
A group of Anonymous hacker has said to hack into a server used by Federal Emergency Management. According to them, the data secured through this breach is highly prolific and could beat the recent documents leaked by Snowden on PRISM project. 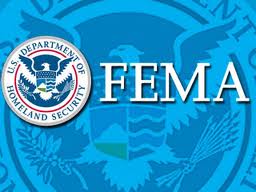 In one of the documents published online the group unleashed the type of data they have gotten hold of. Most of it was email address and passwords of users which seem to government employees because most of the email addresses were hosted to .gov or .mil.
The Anonymous group also disclosed the reasons behind this hack, according to them, they wanted disclose them as force especially in relation to crackdown attempts made against the hackers these days.Furthermore, they wanted government’s attention in regard to their intervention with the private sector for gathering sensitive information.
One of Anonymous group’s member said:
However, the main reason behind this attack was to warn the government intelligence agencies regarding their act. The Anonymous member also put light to ties between government agencies and cyber crimes investigating firms. One clear example he gave was Obsidian analysis which is contracted by FEMA for investigating prime cyber attacks in the country.
Obsidian analysis also created a mock news on Anonymous hacktivists which was broadcasted through CNN and a senior reporter was involved in reading out. The news was related to imaginary hacktivists group Void- the news said the group has laid out an attack which could be really disastrous in terms of both government and private sector.
Anonymous group is not really all these acts and is really looking to up their anti against the U.S. government agencies. Given that, we can expect more attacks from Anonymous group in future.
Anonymous Augmented reality FEMA Government Hacking Hacking Articles Hacking News Hacking Tools U.S.