Run Android Apps on your Blackberry

The Blackberry Playbook is the red-headed stepchild of the tablet world. Since being revealed this past year, just about everyone’s taken a swing at it: Pundits dug it’s hearty hardware specs, but decried the device’s lack of native email or calendar functionality. Consumers loyal to the Blackberry name felt compelled to purchase the tablet based on the love they had for their Canadian built handsets, but quickly found the apps on offer in Blackberry App World to be few, with many of the available titles of embarrassingly poor quality. In the face of shrinking profit margins and angry device owners screaming at the front gates of their Waterloo, Canada headquarters with torches and pitchforks, Research in Motion announced the release of the 2.0 iteration of the Playbook’s OS—an operating system that tweaked what needed tweaking, offered on-device PIM management, the company’s much lauded Blackberry Messenger Service and the ability to load Android applications.
Thanks to the difficulties that RIM is having with getting BBM to work with the Playbook’s QNX powered operating system, the launch of Playbook 2.0 has been delayed until February, but that doesn’t mean you can’t enjoy the benefits of rocking a few Android applications on your Playbook right now. Thanks to the clever coding efforts of a number of Blackberry enthusiasts, a little elbow grease, and some patience, you’ll end up with a RIM-built tablet that’s not only functional (finally), but also down right enjoyable to use.

Step One: Upgrade The Playbook OS

Disclaimer: By downloading and installing Playbook OS 2.0, you’ll gain access to the ability to run specially recoded Android applications, you may lose the ability to operate some of the Playbook apps that you’ve downloaded from Blackberry App World. Also, if you were hoping to gain early access to the OS upgrade’s much touted native email, calendar or contact apps, proceed no further, as these features will not be available until February. Proceed with the download at your own risk.
While RIM has no plans to release Playbook OS 2.0 until February 2012, the company is currently offering a developer’s build of the software and it’s wicked easy to get your hands on. Start by opening your PC’s browser and navigating tohttps://bdsc.webapps.blackberry.com/android/beta/bbtablet20/register/ where you can register your tablet with RIM’s beta access program. 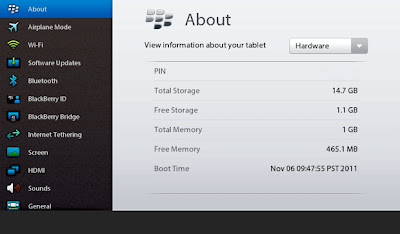 In order to download your copy of Playbook OS 2.0, you’ll need to enter your Playbook’s PIN number, which can be found on your tablet by opening its device settings page and then looking under About, tap the drop down menu in the top right of the page and select Hardware. Your tablet’s PIN number will be listed at the top of the page. A few minutes after submitting your PIN to RIM, the 2.0 upgrade will appear as being available on your Playbook. Connect your Playbook to a power source and follow the device's on screen prompts.

The upgrade to the new operating system must be completed within 24 hours, otherwise, you’ll have to start the application and process all over again. 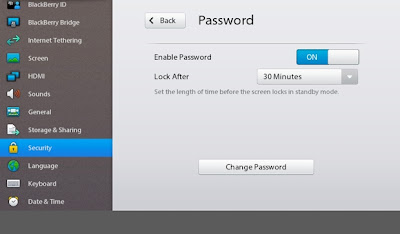 After you finish gawking at the changes to your Playbook’s operating system, access its settings and under the security pane, set a new password for your tablet. For obvious reasons, make sure it’s something you’ll remember, as you’ll have need it in order to access your Playbook (duh), as well as to side load .BAR files from your PC (not so duh). 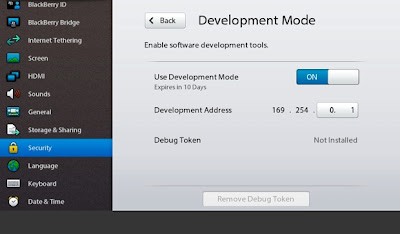 Next, switch your Playbook into Development Mode. This setting can also be found under the tablet's security pane. When you slide the Development Mode switch into the ON position, you’ll be prompted to enter a password. Use the one you created just a few moments ago.

Close your Playbook’s Settings page and return to the main screen. Look to the top right of the screen: See that little dude with the cogwheel stamped into his chest? The icon indicates that you’ve successfully entered Development Mode. 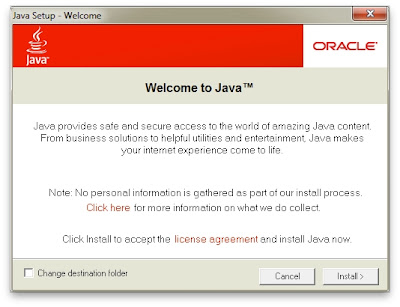 With Playbook side of things taken care of for the time being, it’s time to turn your attention to your computer. In order to install .BAR files to your Playbook, you’ll need to have the latest version of Oracle’s Java Runtime Environment installed. The installer can be downloaded here. Follow the installer’s prompts and install the software to the suggested default location.

Step Four: The Right Tools for the Job 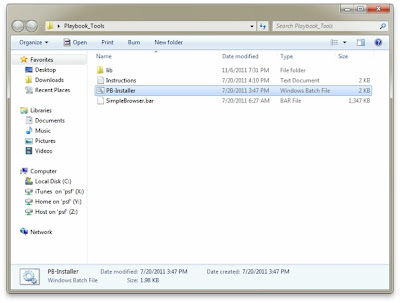 Until recently, side loading .BAR files to the Playbook was a frustrating process thanks in no small part to RIM’s byzantine combination of development standards and needful tools. When the possibility to convert Android .APK files into .BAR files so that they could be loaded on to a Playbook became a viable option for the tablet’s users base, Playbook aficionados began working tirelessly to not only see what Android apps would run after being converted for use on QNX powered Blackberry hardware, but also devised more efficient methods for installing the files. One of our favorites has been devised by HaTax—Blackberry developer and insanely active member of crackberry.com’s  user forums. Thanks to HaTaX’s free Playbook toolset, installing .BAR files has become a drag-and-drop operation. The Playbook toolset can be downloaded here. 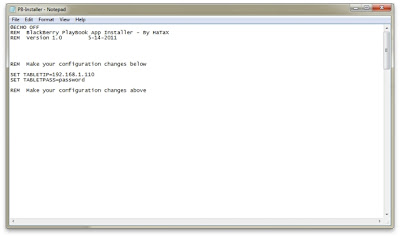 Once the download is complete, unzip the file and locate the the PB-installer batch file. Using Notepad or another text editor, open the batch file. One you’ve opened the file, you’ll need to hunt down two things: A line that starts “TABLETIP=“ and another that reads “TABLETPASS=”. Enter your Playbook’s IP address (located under the same pane as where you turned development mode on back in Step Two), and your tablet’s password, respectively. Save the file and close it.

Converting .APK files to BAR files isn’t an easy process, and requires a lot of preparation including a Blackberry developer’s account, hardware signing key, Android SDK and of course, the Android APK files you want to convert. Even once you have everything set up and ready to go, there’s no guarantee that the file has been converted for installation as a .BAR will work. Until February and the official release of the Playbook 2.0 operating system roll around, running Android apps on a Playbook is an experimental venture which, depending on the application, can provide very mixed results.

Fortunately, Playbook users with the time and the tools to do the job have been hard at work building a database of Playbook-compatible Android apps that have already been tested and proven capable. The database, which can be found here, also includes listings for applications that are currently being tested, as well as any that have failed to open on the Playbook after being converted. Click the links for the apps that interest you and download them to your rig. For those looking to plug that PIM gap left by RIM thus far, it’s worth noting that Google’s Android Email, Calendar and Contacts apps have all been converted to .BAR files and are yours for the taking. Remember to check the database on a regular basis, as more apps are being added all the time. 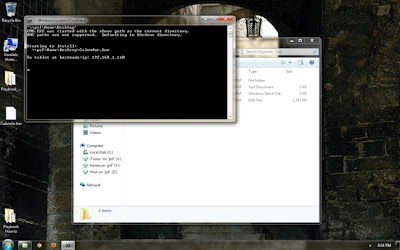 You’ve got a Playbook, you’ve got the software and you’ve the apps. It’s time to put it all together. Plug your Playbook into an available USB port and wait for it to be recognized by Windows. Once the tablet mounts, simply click on the .BAR file you want to install and drag it to HaTax’s batch file. If you correctly inserted your Playbook’s IP address and password as instructed back in Step Four, the .BAR file will be installed to your tablet, appearing on your Playbook’s home screen just as if you’d downloaded it from Blackberry App World.
Hopefully, this process will hold Playbook users over until January when the process for getting Android software on to RIM hardware will no doubt get a whole lot easier.
Android Blackberry How to