Smartphone is Getting more smart with Gas sensors

Smartphone is Getting more smart

New things are gonna come in the smartphones. Now smartphones can sense Gases like CO2,  ethanol, or nearly any other noxious gas with there new gas sensor( CCS811).

the very top layer of the chip has a metal-oxide layer (such as tin-oxide for VOCs) with gold contacts beneath it that measure the resistance of the metal oxide. Underneath the gold interconnections is the tiny hot plate that heats the whole assembly, thereby changing the resistance of the top layer in direct proportion to the gas coming in the package (through a hole). 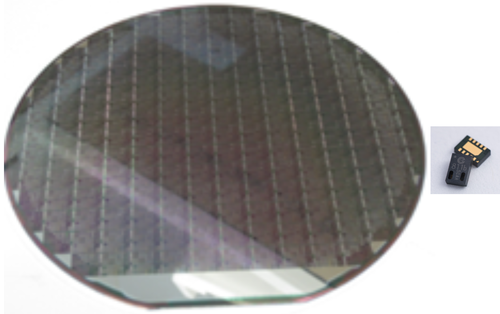 The newest digital version then uses a Silicon Labs 8051 microcontroller to measure the resistance between the gold electrodes and buffer its changes in real time. When it passes a given level, an alarm interrupt is sent to the application processor in the smartphone (or the application processor polls the 8051 periodically to empty its buffer and draw a parts-per-million--PPM--graph of air quality, for instance, depending upon the app being run).
Five-year battery lifetimes are easy to attain with small lithium batteries with the current model. The package size today is 2.7-by-4.0-by-0.6 millimeters to hold both the CCS811 and 8051 in a land-grid array package and I2S interface using less than 1.2 milliwatts when active and less than 6-microwatts in idle mode.
Cambridge previously had an analog version that required the OEM to add its own microcontroller or, alternatively, to waste valuable application processor cycles turning on the micro hotplate, measuring the resistance between the gold electrodes and analyzing the results. The new CCS811 digital model, however, is expected to allow the gas sensor to penetrate the billion unit mass market for smartphones, wearables and Internet of Things (IoT) devices.

Founded in 2008, Cambridge CMOS Sensors took six years to develop its analog version, but only a year to follow up with digital. Next they are going to house multiple CCS811 die in the same package to sense a whole variety of gases to serve consumer and industrial sensor networks, as well as other mass markets that need small ultra-low-power gas sensors.
8051 CCS811 gas sensors infizeal jyanth latest in smart phone prashant prashantjyanth smart phone