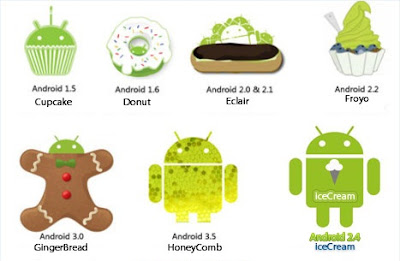 There are multiple versions of Android available in the market today, each with slight differences. See here, how they differ and why it should matter to you.
At last count, over 7,00,000 Android devices were being activated everyday according to Andy Rubin, senior vice president of mobile at Google. Late last year, Gartner estimated that Android held 52.5% of the global smartphone market, significantly higher than the nearest competitors Symbian (16.9%) and iOS (15%). There are a couple of big reasons why Android is leading the charge. The wide choice of hardware at all price points, the number of apps and constant development make sure it stays at the top of its game. These are the current versions of Android you'll get if you buy a device today.

Custom Firmware Should You Install It?

This is debatable. On one hand, many will be satisfied with using launchers to customise their device. Using a launcher (like Go Launcher) can completely change the look of the phone/tablet — including the home screen/app screen, the icons and onscreen buttons. But if you’re fed up of waiting for the latest ‘official’ Android version for your device, custom ROMs can offer a solution. They can improve on the original, manufacturer-supplied version by being lighter and more efficient (and with less bloatware, making the device faster). But installing them can be tricky and you might lose your warranty. It’s something that you do at your own risk.

How to Update Your Device's Firmware

There are several ways to do this. First, you can check for updates using your device itself. Head to Settings > About Device. Here, you should see an option to search for software updates (use Wi-Fi for larger downloads). If none are available, find out if your device delivers updates using desktop software — like Kies for Samsung, Motocast for Motorola, PC Companion for Sony Ericsson and so on. Download and install the latest version of the software from the support section of the manufacturer’s website and then connect your phone to the PC. If the software is already installed, it will most likely notify you of a phone update using pop-up notifications.
Android 2.0

ALTHOUGH THE first commercial version of Android (v1.0) was released in 2008, all phones today (even the entrylevel range) come with at least Android 2.1 (code-named Eclair, which was released towards the end of 2009). Version 2.0 onwards is when Android really came into its own. The user interface was completely revamped, support for higher screen resolutions and screen sizes was included, as were live wallpapers, camera fl ash support, Exchange email support and multiple account/contact synchronisations on one device. Within six months, Google announced the next update, Android 2.2 (codenamed Froyo). Froyo added the Wi-Fi hotspot functionality, USB tethering, better multimedia management, push notifications and the ability to install application on the memory card instead of phone memory. Other minor additions included performance improvements, an improved application launcher, batch and automatic app update support in the Android Market, Adobe Flash support and voice dialing via Bluetooth. Froyo was also picked up as the OS of choice for tablets because of the built in support for larger displays and better stability. Another six months down the line, Android 2.3 (Gingerbread) was launched with the Google Nexus S. Gingerbread provided a revamped user interface, an improved keyboard with better accuracy and simpler copy/paste functionality. It added support for a front camera, gyroscope and barometer on Android devices. Improvements on the power management front provided for better battery life. Gingerbread has been getting minor updates that improved on performance and fixed various security and functionality issues.

ANDROID 3.0 is a dedicated version for tablets, designed keeping a larger screen in mind (7-inch and larger). It includes a new interface with 3D effects, plus it tackles the issue of Android button standardisation. The OS removes the need to have physical buttons on the device by adding a system bar at the bottom. The system bar displays navigation buttons, notifications and even provides one-touch access to connectivity settings. Other improvements include a better onscreen keyboard, hardware acceleration, multi-core processor support and multi-tasking. Android 3.1 brought in support for external USB keyboards and joysticks, while Android 3.2 includes further bug fi xes and overall performance improvements.

GOOGLE'S NEWEST version of Android (version 4.0, code-named Ice Cream Sandwich) will be the common OS for both Android phones and tablets going forward. It incorporates the best of both Android 2.x and 3.x — it has a new look and is lighter, improving performance of even existing devices. It also brings in new features like face unlock (face recognition), a customisable launcher, separation of installed widgets, a new tabbed browser, built-in photo editor, improved camera performance and a refreshed contacts app with social network integration. Android 4.0 is currently only on the Samsung Galaxy Nexus phone, though the OS will be available as an update for a majority of existing flagship Android devices from all the major manufacturers.

For starters, they are free from user interface customisations that manufacturers pre-install on devices (for instance, Samsung’s Touchwiz, Sony Ericsson’s Timescape, HTC’s Sense and Motorola’s MotoBlur). Nexus phones do not have ‘bloatware’ — trial/limited versions or apps that you didn’t ask for. For people who like a clean, fresh slate, a Nexus phone offers the stock Android look and feel with only the most basic pre-installed apps. Finally, Nexus phones always get Android updates first — since there are no changes to be done tothe interface, new versions of Android can be delivered much faster. Plus in some cases, manufacturers may not even update low priority (read: low cost) devices to the newer versions of Android
Android Architecture Mobile