‘Anonymous’ planing to shut down the Internet this Saturday 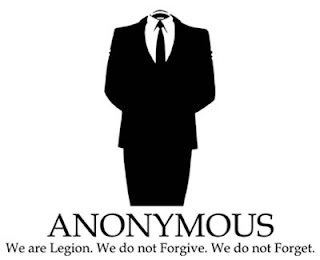 Notorious hacker group Anonymous has previously stated its intentions to shutdown the Internet on Saturday, March 31st, as a form of protest. “To protest SOPA, Wallstreet, our irresponsible leaders and the beloved bankers who are starving the world for their own selfish needs out of sheer sadistic fun, on March 31, anonymous will shut the Internet down,” the group stated last month. “Remember, this is a protest, we are not trying to ‘kill’ the Internet we are only temporarily shutting it down where it hurts the most.” Operation Global Blackout 2012 looks to shut down the Internet by disabling its core DNS servers, thus making websites inaccessible. Cyber security experts claim that it is unlikely that such an attack would be effective, however, and there is really no need to fear. Read on for more.
“The Anonymous hackers can certain cause local pockets of disruption, but these disruptions are going to be localized to networks where their attack machines are located, or where their ‘reflectors’ are located”, said Robert Graham of Errata Security. “It’s unlikely they could take all of them down, at least for any period of time. On the day of their planned Global Blackout, it’s doubtful many people would notice.”
Graham does issue a cautionary note, however. “Just because I say Anonymous can’t do it doesn’t it mean it can’t be done,” the security expert said on Errata’s blog.
Anonymous stated their intention. Read Here.  And the response of Errata Security can be Read Here.
Anonymous Hacking Hacking News Operation: BLACKOUT