The power of Bluetooth 4.0 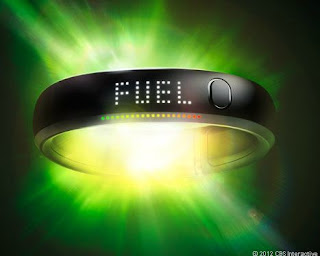 Bluetooth, once trumpeted as the ultimate convenience, quickly proved a headache with plenty of pairing problems and inexplicable connection snafus. Bluetooth 4.0, the newest version of the technology, is about to change all that.


The bad Bluetooth rep
I personally use Bluetooth daily, and love it. My trusty LG BHS-700s works like a charm. For others, however, living with this technology can be frustrating. Often users are asked to enter annoying passwords before linking devices, and sudden reception drops or other software glitches make Bluetooth feel more painful than fun.
Honestly I believe the bad old days of Bluetooth are behind us, especially with Bluetooth 4.0, AKA Bluetooth Smart Ready, on the edge of mass adoption. Already available in the Motorola Droid Razr and Droid Razr Maxx smartphones plus Apple's iPhone 4S, Bluetooth 4.0 is expected to hit more handsets and all manner of accessories this year.
Bluetooth's bright future
What the heck is Bluetooth 4.0 and how will it make a difference in people's lives? It's a good question, which is why I spoke to Mike Foley, executive director for the Bluetooth SIG (Special Interest Group), which consists of more than 15,000 companies making or supporting Bluetooth devices. As you'd expect, Mr. Foley is very excited on the promise of Bluetooth Smart Ready.
According to Foley, the big improvements added to Bluetooth 3.0 and 4.0 were significant. While the general range of the wireless protocol remains the same (up to 300 feet), version 3.0 enabled a much faster theoretical data throughput of 26Mbps compared with the 2Mbps of version 2.1. That's swift enough says Foley, to handle data intensive tasks like video streaming.
The real benefit of Bluetooth 4.0 is energy efficiency. Designed primarily for devices that collect information frequently, either as much as five times a second or just once every hour, the standard is optimized for long battery life. In fact users may see longevity increase by 5 to 10 times depending on individual usage. Mr. Foley went so far to say that a traditional wireless mouse and keyboard using the new protocol could conceivably last for five to seven years before needing a fresh battery--likely outlasting the life of the product.


Fuel for fitness
With performance like this it's plain to see Bluetooth 4.0 making a big impact in the personal fitness and health market. Already there are bushels of gadgets designed to track user's daily activity whether on a treadmill, hike, or in the office. The Fitbit Wireless Trainer, Nike's new Fuelband, Motorola MOTACTV, and stylish Basis Band are great examples.
While the upcoming Basis Band will use the older Bluetooth 2.1 spec, the Nike FuelBand and Motorola Motoactv are Bluetooth 4.0 compliant right out of the box and sync fitness data with smartphones to record workouts in the background. I imagine Fitbit also plans to integrate Bluetooth 4.0 into its products down the road. Its Wireless Trainer already communicates with a PC-tethered base station to accomplish the same task.


One-tap hookup
Another convenience newer forms of Bluetooth brings is compatibility with NFC chips. Both Bluetooth versions 3.0 and 4.0 can talk to NFC hardware in phones and laptops to make pairing a simple process of tapping the two devices together. So you can imagine configuring Wi-Fi settings on mobile gadgets just by resting them on NFC equipped routers or hooking up headsets with tablets and phones in the same manner. For example, Motorola's new Elite Sliver headset already has this NFC pairing ability. Frankly the idea setting up a gadget this fast gives me goosebumps.


Branding breakdown
One area where Bluetooth 4.0 doesn't sound so simple is branding. Broken out in Bluetooth Smart and Bluetooth Smart Ready, devices with the technology will feature either of these logos. To clarify, Bluetooth Smart Ready products are essentially connected devices that typically have persistent Internet ties and robust power supplies, be it a smartphone, laptop, or router. Bluetooth Smart devices are the data collectors or accessories that link to Smart Ready units to transfer information periodically and strive to preserve battery life in the field. Also important is that Bluetooth Smart Ready devices are backwardly compatible with older hardware, at least on a basic level. Here's a chart to help figure out how everything works. 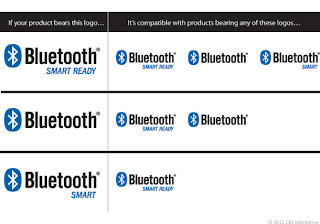 All ears for Bluetooth tech
In a nutshell, the current spec for Bluetooth looks pretty slick. If Bluetooth Smart can really deliver on its touted performance, the phone accessory market is set to heat up soon, making last year's buzz word "appcessory" seem a woefully inadequate descriptor. I for one can't wait for all the new toys to come my way.