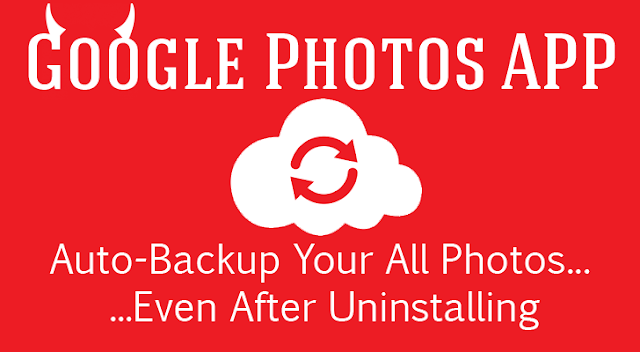 Have you ever seen any mobile application working in the background silently even after you have un installed it completely?

"This evening, I went back to Google Photos on my laptop and found a crap-ton of pictures I'd taken in the interim. It seems that even AFTER I UNINSTALLED the Google Photos app it was still syncing pictures from my phone when on WiFi. Obviously a problem."

I tried the same quirk on my Android phone as well and discovered the same issue. This is something really annoying and scary at the same time.

How to FIX and Protect yourself:

So if you are an Android user and looking to avoid having your personal photographs on your phones automatically being stored on the web, you need to disable the sync option from either the Google Photos app(if installed on phone) or from your phone's Google Settings.

Google's Response to the issue:

When Arnott reached out to Google, the search engine giant said, "The backup was as intended" and that the users will have to turn off the feature in the phone's Google Play Services settings. It's because the Google Photos' settings are interconnected with the phone's Google Play Services.
#google#photosapp#syncafteruninstalling#photosoncloud#privacyleaked
#androidphones
Updates